What do you sell and what’s your most popular product? 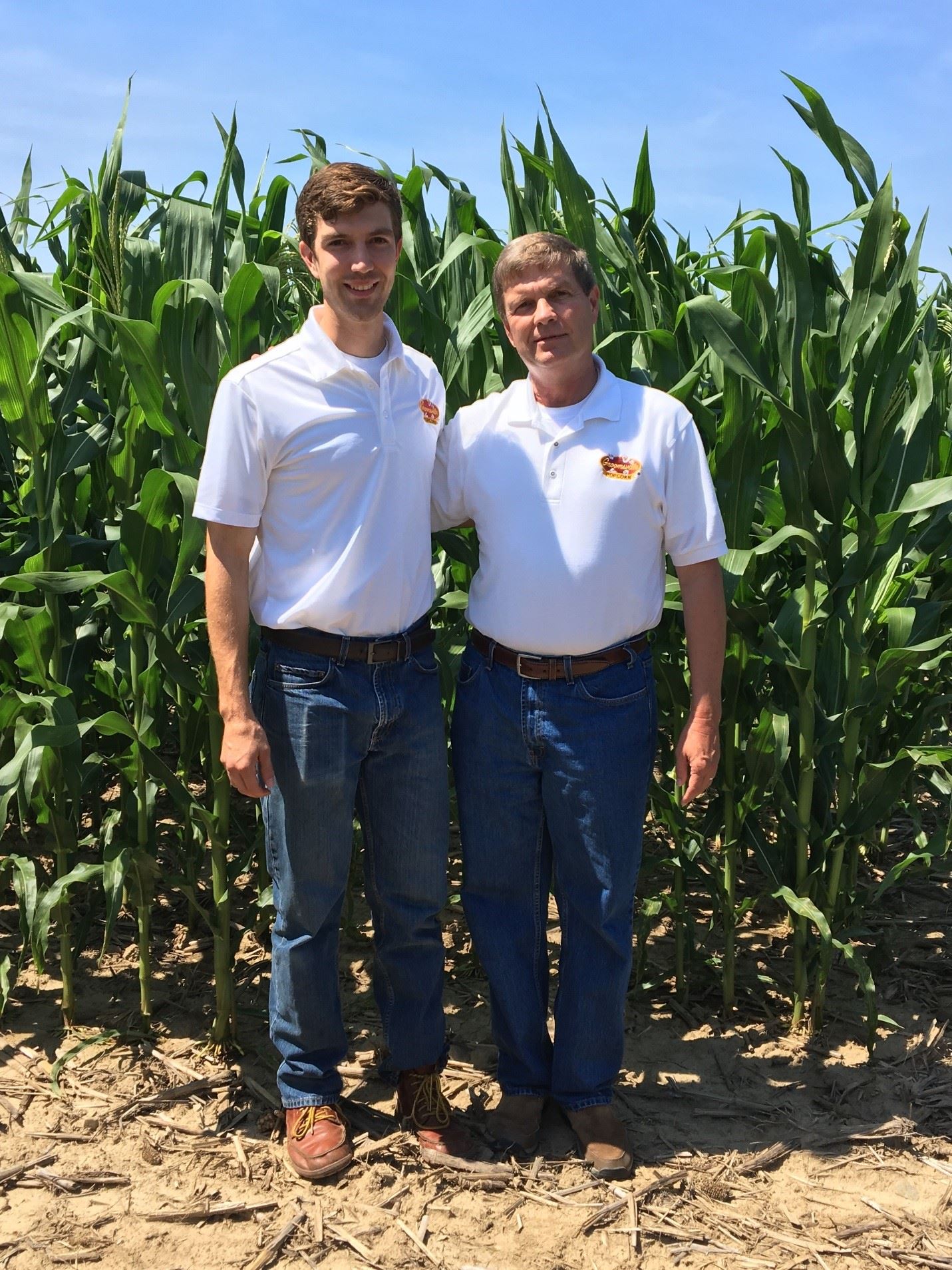 We sell six different types of flavored popcorn. We have our original sea salt popcorn, which just has coconut oil with a touch of sea salt. It’s our version of Skinny Pop. We also have white cheddar popcorn. It’s basically the same thing except we use white cheddar on it, giving it a little bit of a cheese flavor. Then there’s the kettle popcorn, which is our most popular flavor. We also have caramel popcorn, cheddar cheese popcorn, and Indy or Chicago mix popcorn, which is caramel and cheddar cheese mixed together.

How did you get started in selling popcorn and growing the corn for popcorn?

For years our family has grown sweet corn and although it’s ready from the fields at the beginning of July, some of the Farmers’ Markets are all year long. So sometimes, I was the guy going to the market selling things. I was even selling rocks at one point. I knew we needed something that could be sold year-round, so my dad and I decided to start farming popcorn on a few acres of land that we had that was too small for industrial farming. The first year we started selling kernels and our On the Ear popcorn kit, and that went really well. Then, my dad had an idea. He liked to shop at Costco from time to time and he said he saw everybody there carrying out big bags of Skinny Pop, which is popcorn with sunflower oil and a touch of sea salt. He decided that he could do the same, so he found the right bag, bought a popper, and started going to the Zionsville Farmers’ Market selling our popcorn with coconut oil and a touch of the sea salt, as well as the kernels and ears, and it was a hit. I started going to other markets and the popcorn was a lot of fun to sell. It got to a point where it was hard to do industrial farming full-time. It’s a big investment to farm on a big scale, so I was really looking for other ways to vertically integrate the farm and continue to be a part of the farm without having to move away. This is my first full year doing this full-time and it’s been going great.

What’s an interesting fact about what you sell or your business?

We actually used to grow for Orville Redenbacher. This was before I was around, but I would always hear my uncles and cousins telling stories of growing popcorn for Orville, the different things you have to do to the popcorn, and how some things are different as far as processing and keeping it up to quality and all that.

What’s your favorite part about the Fishers Farmers’ Market?

I love all the people that go there. They’re always very supportive. They come back each week, and even when it’s raining, you still get people coming out that are dedicated to buying local and being a part of the local movement. It really makes a big difference in the community. It’s a real blessing to be able to do what I love and be part of the community.

What have you learned/improved upon in your business?

We’ve learned a lot over the years. I think the biggest thing is that we’re always trying new varieties of popcorn. Some of the varieties of popcorn are more unique and not on the mass scale yet. Since we grow unique varieties of corn and pop the popcorn ourselves, if there’s a new variety out there, we can grow it and get it into our production a lot faster than a lot of these other companies can. Or, if we have a unique variety that works well for a certain flavor, then we can grow that specific variety of popcorn just for that flavor.

PLAY FISHERS GUIDE
See what fun things
we have to offer.
REGISTER
Register for activities
& events.
FIND A PARK
Find & learn
about Fishers Parks.
RENTALS
Easily rent shelters
& park buildings.
EMAILS
Sign up to receive info
about events & activities.
VOLUNTEER
Join us in giving back
to the community.